Our vacation this year is a trip via rail from Memphis to Washington, DC and New York City. This page is a record of our trip. My father was an engineer on the Illinois Central and occasionally was the engineer on the City of New Orleans. My Grandfather was a conductor on the IC.  His last run was on the City of New Orleans. Hence the title of this page. 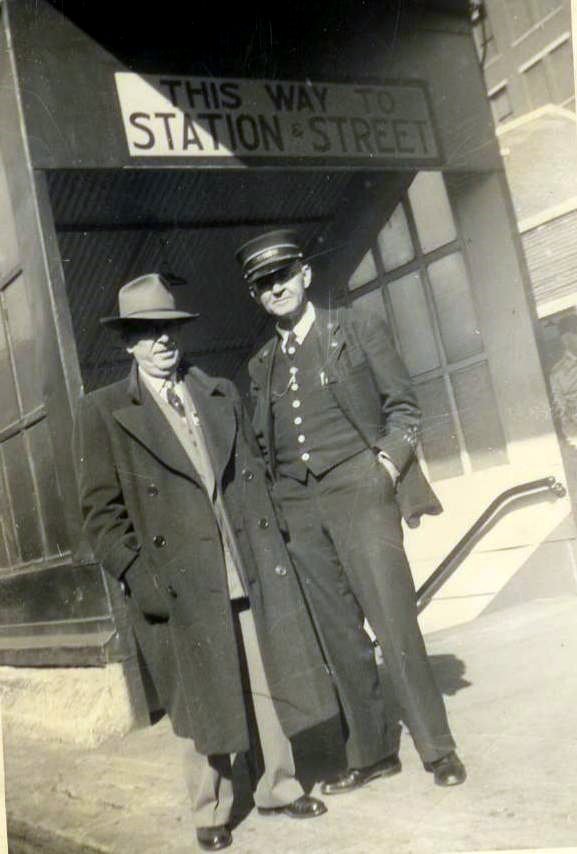 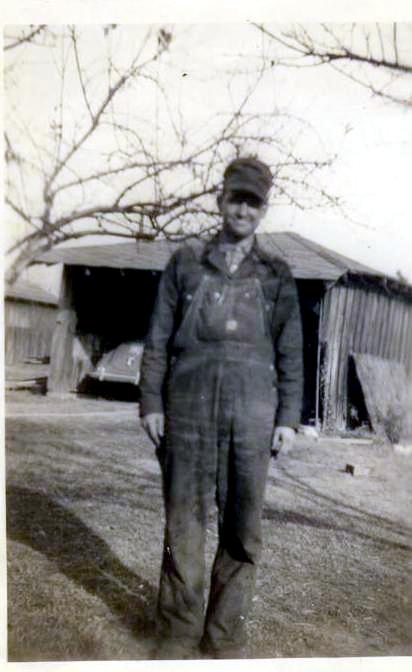 The only picture I have of my father in his "Work" clothes. This was taken in the 1940's when he was a fireman on steam locomotives. 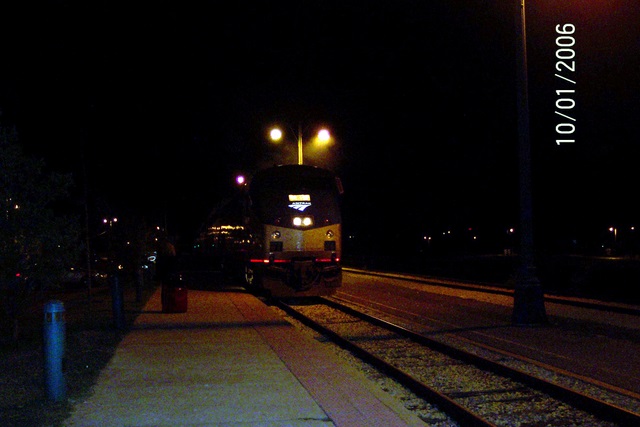 We are surprised to see a headlight just south of Broadway shortly after our arrival at Central Station. It's the "City" alright, rolling into the station about 15 minutes early. 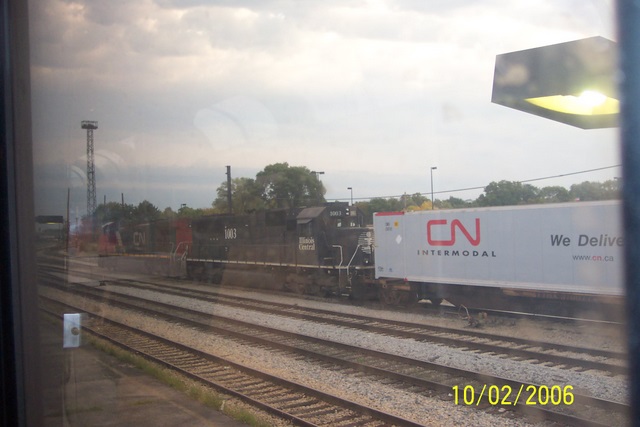 The north end of Markham Yard is visible from the Homewood station, where an intermodal train is waiting. 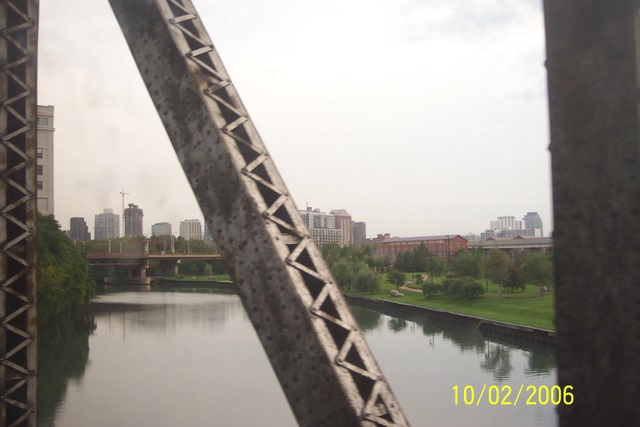 We cross the Chicago River as we back into Union Station. 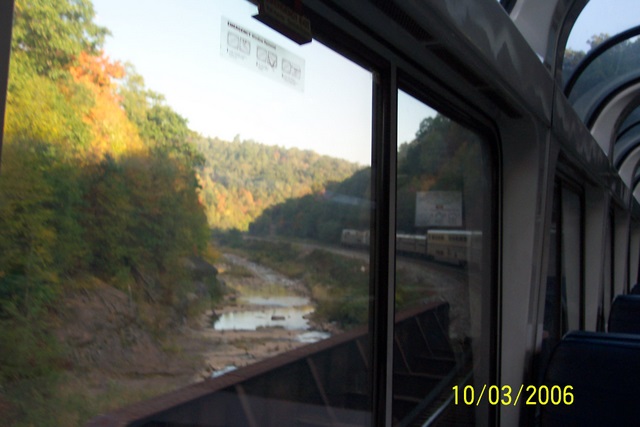 The head end of the "Capitol Limited" as we wind through the West Virginia coutryside. 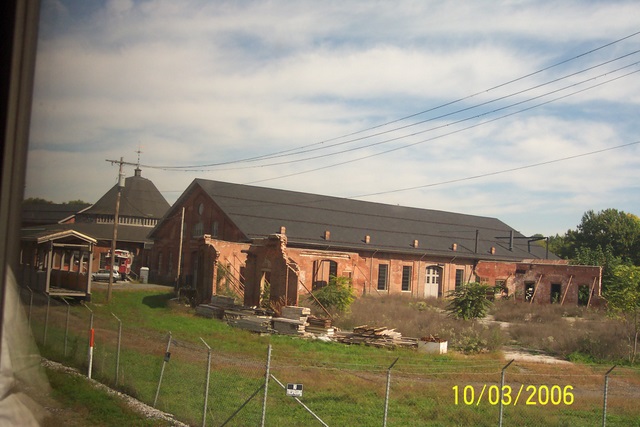 Restoration of the railroad shop complex is underway at Martinsburg, WV. The enclosed roundhouse in the background has been fully restored. 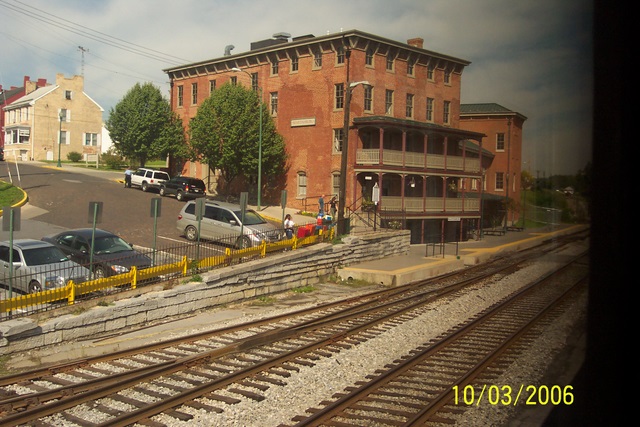 The Martinsburg station is the oldest working train station in the United States. Constructed in 1847, it has been in continuous service for over 150 years. 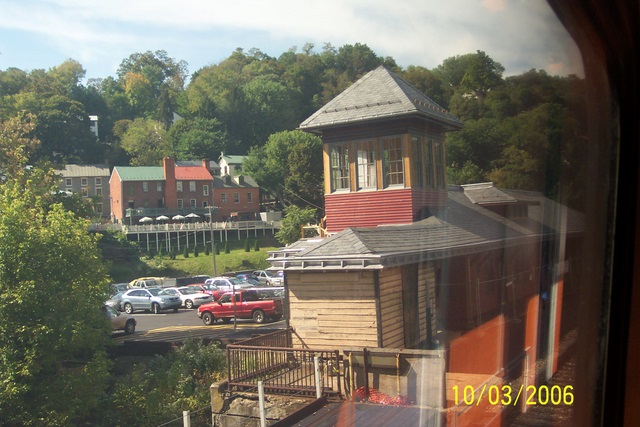 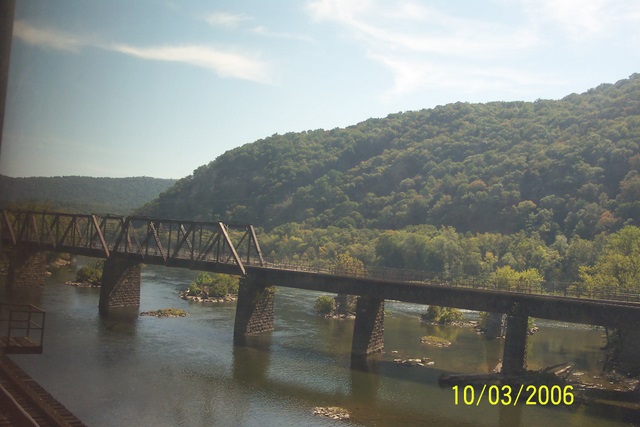 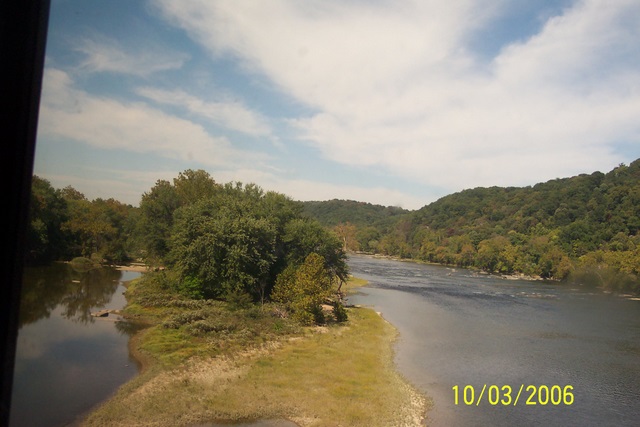 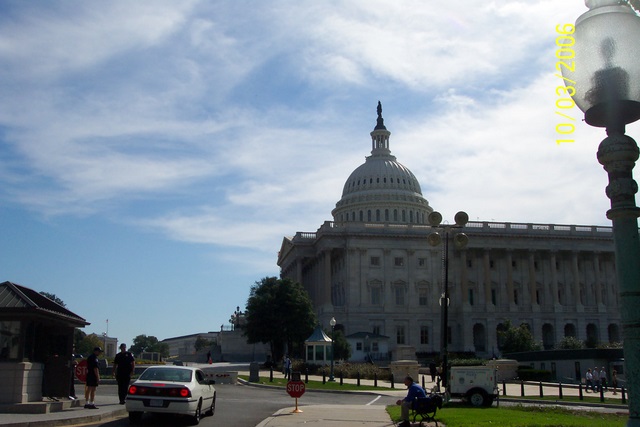 We arrived in Washington DC one hour and 30 minutes late, due largely to a late departure from Chicago because of the Capitol Limited being held for passenger off a late Empire Builder. This is the view of the Capitol from in front of Washington's Union Station. 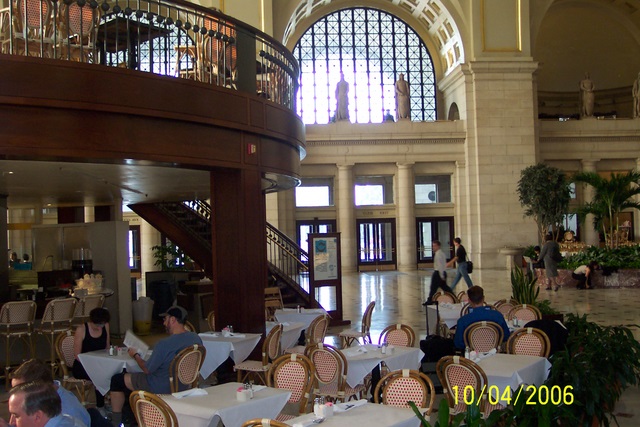 Washington's Union Station has been beautifully restored and houses many shops, stores and restaurants. We stayed at the nearby Park Phoenix Hotel and ate dinner both nights we were in Washington at restaurants in Union Station. We also were able to take sightseeing busses from Union Station. Super Convenient! 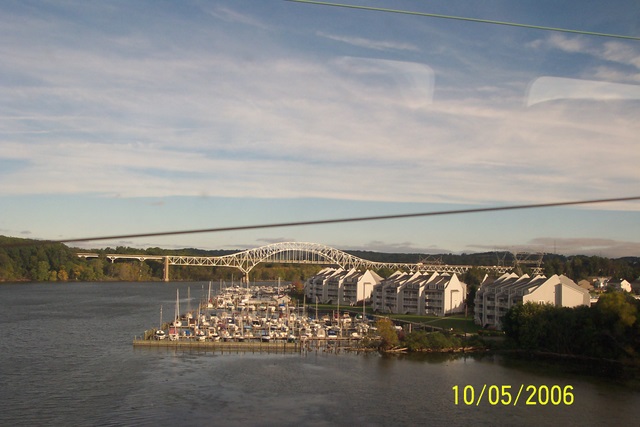 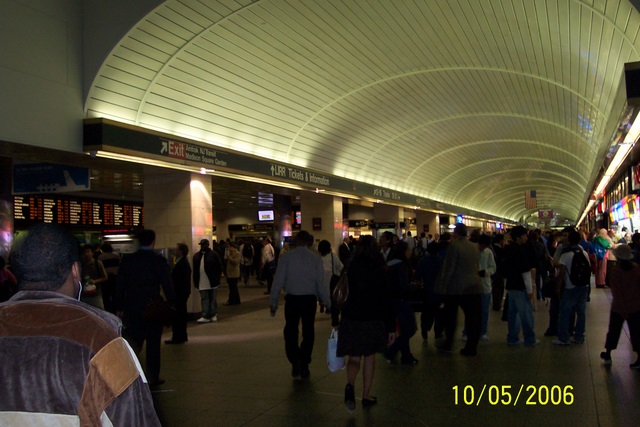 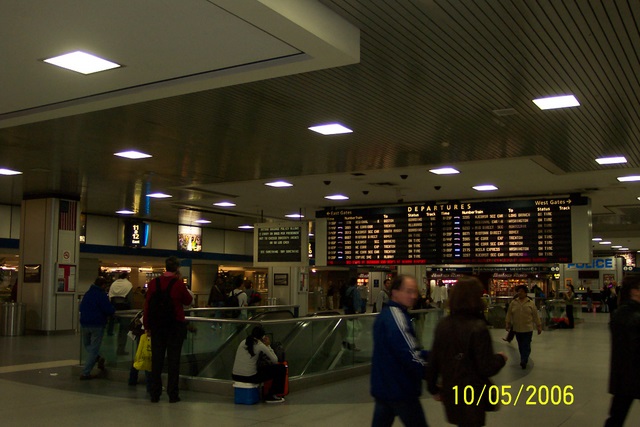 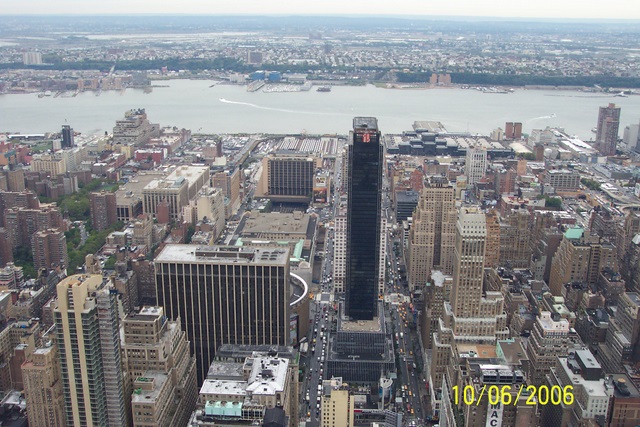 A view from the Empire State Building. The round structure is Madison Square Garden. Penn Station is under the Garden. We stayed at the New Yorker Hotel which is to the right of and across the street from the black building in the center of the photo. We used the subways from Union Station along with shoe leather to sightsee in New York. 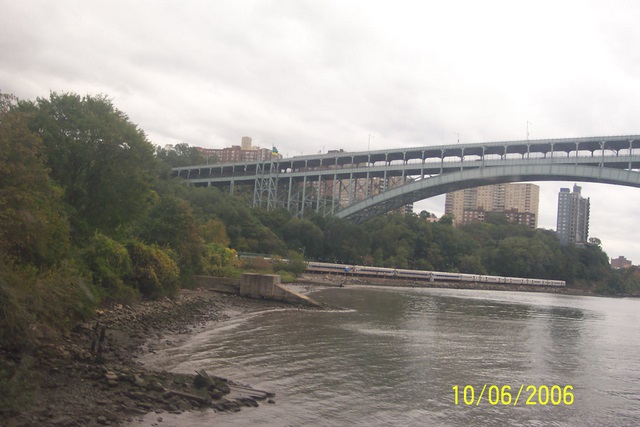 The Lake Shore Limited traveled along the Hudson River between New York City and Albany, NY. This is Henry Hudson Bridge over the Harlem River. The track along the Harlem converges with ours a short distance up the Hudson. 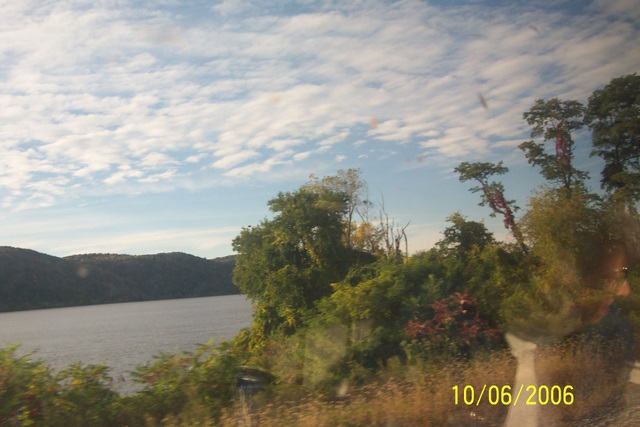 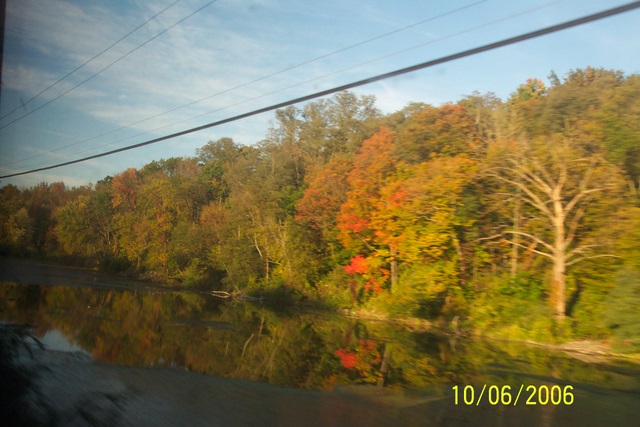 The trees were just beginning to turn 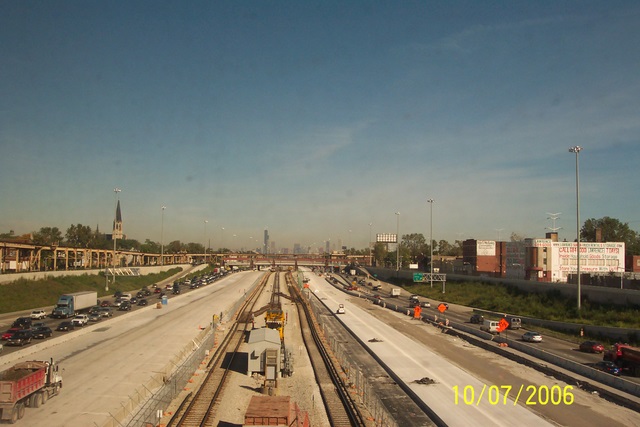 The Chicago skyline looms in the background as we cross the Dan Ryan (I think).  We were about an hour and thirty minutes late into Chicago. 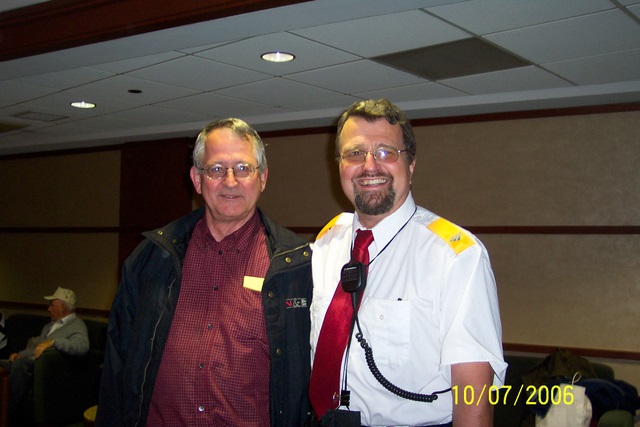 An added bonus to our trip was an unexpected encounter with my cousin, Tom Pleasants, at Chicago's Union Station. Tom is an Amtrak conductor on the Illini between Chicago and Carbondale.

We arrived in Memphis one minute late at 6:28 AM. All and all a GREAT trip.